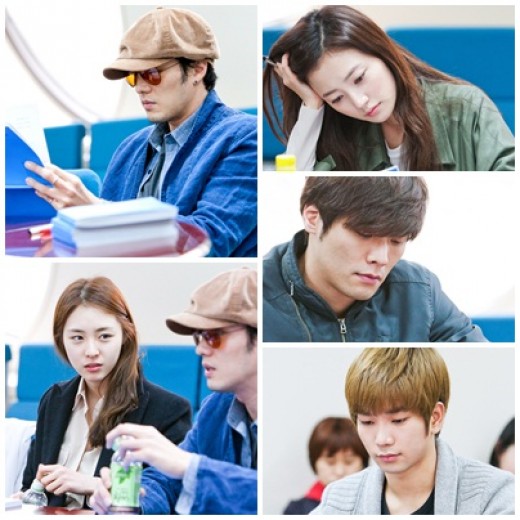 Pictures of the cast members, including, So Ji Sub, Lee Yeon Hee, and Choi Daniel, for SBS’s series Ghost, which will air after the current series Rooftop Prince goes off air, were recently released.

Kwak Do Won, Choi Daniel, and MBLAQ’s G.O did their best while practicing for the series and satisfied director Kim Hyung Shik.

So Ji Sub appeared in the most fashionable clothes, including a denim jacket and denim shirt, sunglasses, and a hat.

The series is about a cyber criminal investigation warning a far-reaching influence of social networks. The production crew, who became popular after producing the series Sign in 2011, will work together again for the series. The first episode of the series will air in May.