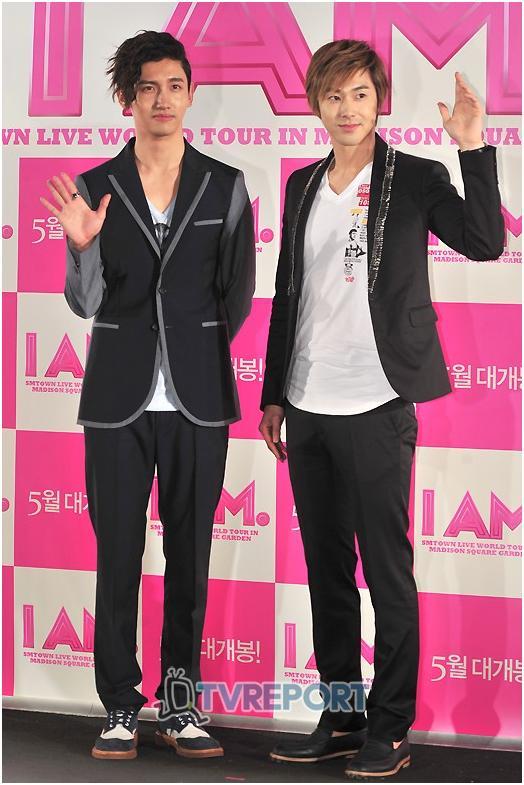 TVXQ’s Yunho recently revealed that Super Junior’s Shindong didn’t give up exaggerating and overreacting in New York as well.

TVXQ’s Yunho flashed back the SM Town Live Concert at Madison Square Gardon, saying, “I couldn’t believe I gave a performance on the same stage Michael Jackson performed on. I wondered if I was comparable to Jackson, and that just made me take a look at my feet.”

And the superstar jokingly revealed, “I was thinking how meaningful it was to hold a concert with all the SM entertainers, but Shindong didn’t give up exaggerating and overreacting.”

With this exposure, Shindong seemed embarrassed, but other members of Super Junior all agreed, quipping, “Shin overreacts wherever he goes.”

The playful exaggerator said, “It was a dream concert. I still can’t believe I was a part of that. I wish the concert had lasted longer.”