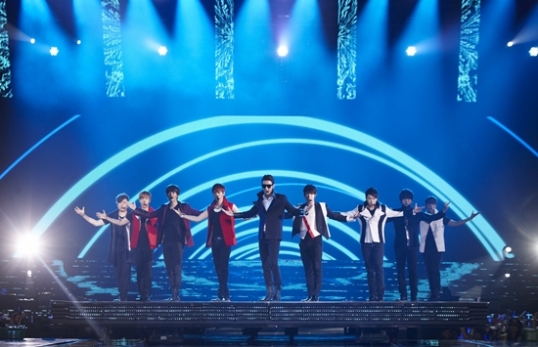 Super Junior sets a new record in Indonesia after being recognized as the first foreign act to hold three consecutive sold out concert stages. From April 27th to 29th, Super Junior brought their ongoing concert tour “Super Show 4” and performed at the Mata Elang International Stadium in Jakarta, Indonesia.

Super Junior was able to attract 25,000 of their local fans and fill the stadium with their sold out concert. The response from the fans alone was enough for the event to be a big success. Super Junior’s first concert in Indonesia gained much hype since the release of its tickets. Fans were reported to have blocked the ticketing office and paralyzed traffic right after, and some fainted due to heat exhaustion while in the queue.

Due to the intense demand, the organizers decided to add another date to the concert, making them the first foreign act to have three sold out concerts in the country. 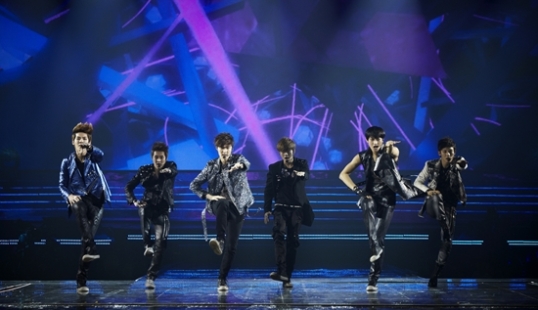 During the three day event, Super Junior performed most of their greatest hits such as “Sorry Sorry,” “Bonamana,” “Mr. Simple,” along with their solo and special unit stages. EXO-M also appeared as a special guest as they performed their tracks such as “MAMA” and “History.”

After Indonesia, Super Junior is set to bring the tour to Tokyo, Japan on May 12th and 13th and will hold an encore concert in South Korea on May 26th and 27th.