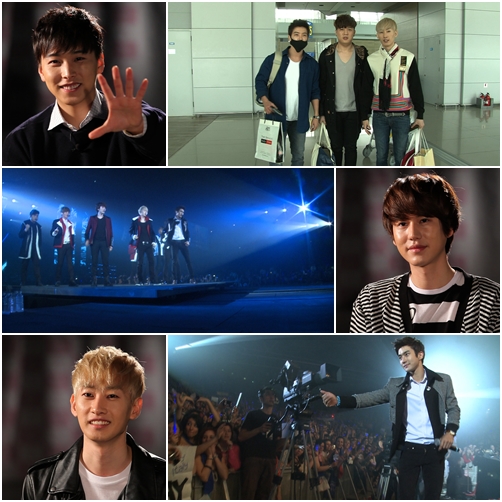 On the afternoon of April 27, MBC will air a special broadcast, Super Junior, Dreaming to Become K Pop Legends.

This documentary will show the concert they performed at Paris in France with 7,000 fans. There will also be a behind-the-stage talk where members will honestly share their thoughts about life.

Short interviews with the fans who have been waiting in front of Le Zenith De Paris Concert Hall three days before the actual concert proves the popularity of Super Junior. They will also share their true feelings in the interview that was held after the concert.

Through the interview from the documentary, each member’s special affection towards the idol group “Super Junior” can be seen.

Eunhyuk states, “Even if someone does something I don’t like and harm others, I can learn to like his actions as well because I like and love that member. I hope that we keep on loving and understanding each other just like we did so far.”

Sungmin reveals, “Even when our lives change, I always want to stay as the group, Super Junior.”

The leader of the group Leeteuk states, “Super Junior is my beginning and end. Even when a time comes where Super Junior gets old and forgotten, we will always be together under the name Super Junior.”

Currently, Super Junior is on a world tour. They will visit Jakarta, Indonesia on April 27 to 29, and Tokyo, Japan on May 12 to 13.