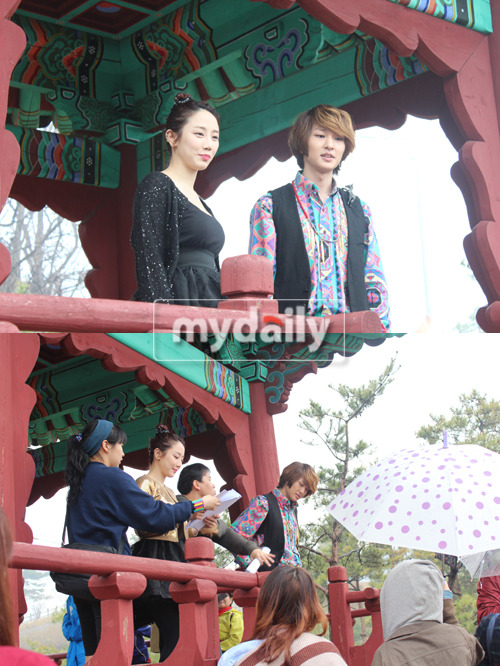 SHINee‘s Onew will soon be making a cameo in SBS Plus‘s ‘Oh My God x2‘!

Onew will be acting next to SM Entertainment labelmate Sunday of esteemed girl group The Grace. Onew will be playing himself, a SHINee member named Onew who makes a pass at Sunday’s character, ‘Bora’. This explains the reason behind the preview pictures and videos showing Onew in one of his ‘Sherlock’ stage outfits.

Being close labelmates, sitcom staff commented that they were seen joking around together and catching up during break-times.

Onew spoke about the filming, saying, “Sunday nuna and I have known each other since our trainee days so we’re like siblings. I was able to easily agree to take on the role thanks to her. I’ve always had fun watching ‘Oh My God x2′ and I think it’s a lot more fun actually being here on set with everyone.”