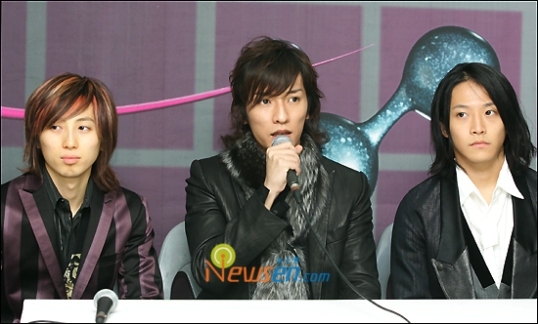 On his personal Twitter account, Keita left a tweet that said, “Changmin’s high notes make a really light, deep and great sound. He must have rehearsed a great deal for the past year to be able to sing like that.”

He continued to say that Choikang Changmin’s skills push him to work harder as he said, “I get stimulated to work harder by people whose performances keep getting better and better. Likewise, I don’t feel anything from watching people who are talented, but do not change.”

Keita then confirmed that he was talking about Choikang Changmin when he tweeted, “Ah, the person who I’ve been talking about is TVXQ’s Changmin.”

Choikang Changmin is famous for being able to sing high notes that even dabble in a regular woman’s vocal range. TVXQ’s music always includes Choikang Changmin’s high notes and he has surprised everyone with TVXQ’s new song by singing notes usually too high for a man to sing.

One response to “Keita Of W-inds Says, “Choikang Changmin’s High Notes Push Me To Work Harder””