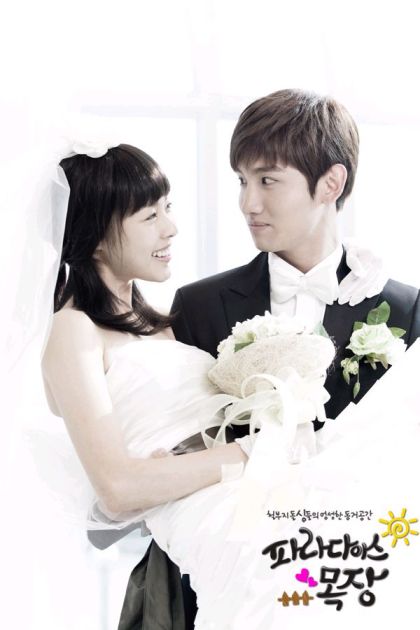 Lee Yeon Hee is a label-mate (SM Entertainment) and friend of TVXQ’s Choikang Changmin. Though the two shot scenes that involved hugging and kissing each other, they have never been whirled up in a scandal together. It is strange considering that they would make a handsome couple.

“A scandal with Changmin? Hahaha. That would never happen because the way we act in the drama is similar to the way we joke around with each other in real life. We would bicker on location all the time. Changmin has never taken care of me or said warm and loving comments to me. We just say, “Hey, have you eaten yet?” to each other casually.Shall I say he’s like any of my other female friends? But when Changmin gets tired, everyone seems to just sag in energy, so I work hard to maintain his health my feeding him red ginseng and giving him chocolates.”

Lee Yeon Hee’s consideration and attentiveness for label-mate Choikang Changmin as a senior in the industry seems to make her shine. Lee Yeon Hee laughed as she said, “Because this was Changmin’s first time acting, I wanted to make our filming location an inviting place that he would want to come to.” She continued to say, “Even when I was tired and worn out, I don’t think I ever let him see that; I tried to stay energetic whenever he was around. Even when I was really tired, I would put on a smile and act more cheerful. Hahaha.”