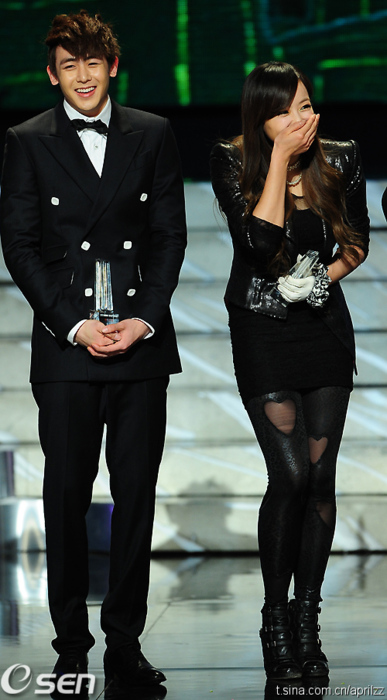 Khuntoria were in black standing together in front of audiences. Although audiences felt sorry for Brown eyed girls member Gain, who got best couple award alone without the company of her husband, 2am member Kwon, they got contented later after seeing Khuntoria standing together.

Moreover, after the two MC made a musical opening for the awards, other artists also showed wonderful performances. And besides the usual awards, some other awards such as body gag award, humiliation award and enemy award were added.