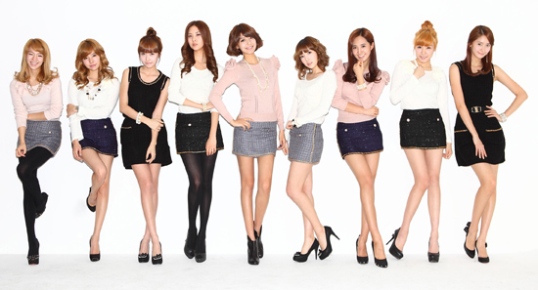 The first decade after the new millennium is finally drawing to a close.  Having the most dense history of mankind with the most upheavals than any other generation, the change in culture in the past 10 years is no exception.  New content was constantly produced at an unimaginable speed, and a variety of new spheres were created.  In particular, the industrialization of culture became more genuine and cultural industries seeking Economies of Scale turned into universal common sense.  This type of change may have expanded the limits of what the general public can enjoy and watch, but it also brought upon lopsidedness and polarization as a byproduct.  Both the producers and consumers of culture got distracted by some of the greatest-known turmoils and, as a result, were unknowingly swept up by the waves of change. Kyung Hyang Newspaper analyzed the last 10 years of Korean culture in closer detail.

‘Digital singles’, ‘bell sounds’, ‘ringtones’, ‘BGM’, ‘sound source’ – these are newly created terms of the 21st century that have now been added into everyday language.  The following example will show how the meanings of these terms have changed in the past decade with regards to the mass music market, in comparison to past generations.

When selling physical CD albums were at its peak, it was common to release 10~12 songs in one album which consisted of a variety of genres.  During these times, there were many lively discussions about the singers’ musical philosophies and values that were sensed throughout the whole album, but ever since the establishment of online music sites where people were able to download a single song at a time, these discussions quickly became meaningless.  Almost instantaneously, virtues of music on whether a song can catch the attention of the general public began to emerge.

The listening environment also began to change as a result of the materialization of MP3 players and other digital devices that made it easier for people to easily listen to music anywhere, as well as download and delete songs freely.  Downloading background music for home pages, ringtones, bell sounds, advertisement songs and online games quickly became a leading trend in the music market, and this phase is only getting deeper.  This change in phase is also currently bringing out progressive changes in the means of consumption and marketing techniques.  Composer Kim Hyun Suk expressed, “The most principal feature to take advantage of on music sites is the one minute previews of songs – the established formula is that if you can’t catch the attention of the consumer in that one minute, it’s over.  If you were able to feel the value of a song through music in physical albums, then the current era disgraces the value of music as if it’s some cheap accessory.”

<The aggravation of genre bias>

The growth of the digital music market changed not only the listening environment, but also the content that is produced.  Experts say that if they were to create regulations with regards to the last 10 years of music, it would be to create hook songs of dance tracks or create ballad songs sung with intense emotions and vibratos.  In 2004, SG Wannabe debuted and introduced ballads with overflowing vibratos and brought in great popularity with their emotional appeal.  For a fairly long time, this ballad group practically became the ‘Ballads For Dummies’ textbook of music.  After a while, however, many became sickened by the unnecessary sad emotions and the phase of ballad music faded thereafter.

On the other hand, one will never know when the power of dance tracks by idol groups will suddenly snap.  After a temporary downfall in idol groups which followed the H.O.T and G.O.D phase during the beginning of the decade, the entrance of TVXQ led to a full-fledged renaissance of the idol world which can still be witnessed today.  Corporally developed agencies of idol groups have turned their eyes to the international market, with K-pop already creating a hot trend in the idol music genre in South East Asia, China, and Japan.

Music experts evaluated that some idol groups and their agencies have managed to secure competitiveness at a global level.  The major restructuring of the music market to make idols the core of popular music also modified the environment of the media.  It is becoming more difficult to watch TV show programs with singers who are not idols.  “As music genres become more biased, the range in personalities of musicians, which is considered the source of diversification for popular music, is rapidly shrinking,” expressed music critic Im Jin Mo.

Out of the vast amount of shining singers in the past 10 years, which singers were the most loved by the general public?  Various music critics, specialists, PDs and workers in entertainment companies and the music industry were asked to choose which three idol groups they thought were the best.  Out of the eight respondents, seven of them chose SNSD and TVXQ.

Experts described SNSD as “the girl group with the greatest commercial maturity” (Fluxus Music president Kim Byung Chan), and “With all nine members having established their own characters, they have already stamped themselves complete in the virtual history of Korean girl groups” (Composer Kim).  With regards to TVXQ, they expressed, “With their musical talents and good looks, they were able to go against Japanese idol groups and seized the Oricon charts.  They are an idol group that cultivated a K-pop domain in the Japanese entertainment industry” (MBC Radio Nam Tae Jung PD), and “They have put singing abilities to the fore and set a new standard for idol groups, and are a good example for Korean idols going overseas” (Music critic Kang Tae Kyu).

Singers who experienced the Golden Age of the 20th Century would have suffered more than usual during this recent decade.  Even in a generation with consistent changes in the musical economy, which past leaders of trends are still remembered today?  Four of the eight experts chose singer Lee Seung Chul.  The managing director of Universal Records, Park Jin, expressed, “Having debuted in the 80’s, the reason why he is still known in the current generation is not only because of his singing talent – it’s his ability to release hit songs with an understanding of the changing generation.”

Meanwhile, three of the eight respondents chose Big Bang’s G-Dragon as one of the three singers whose activities will grab the most interest in the next decade to come.

The singers who best pushed through the period of upheaval

The singers who will grab the most interest hereafter