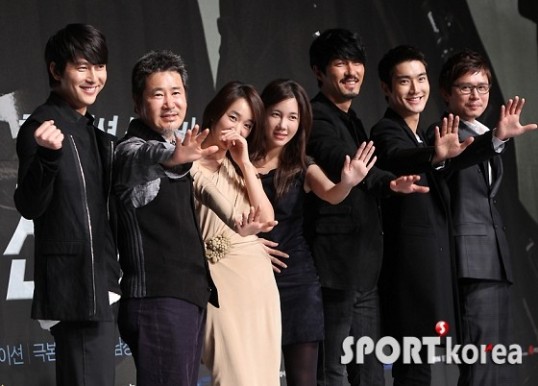 He said, “This is my first time doing this genre of acting, so I’m nervous. The sunbaes are teaching me a lot of things and being really nice to me, so I’m getting used to it.”

He continued, “All guys dream of being a special agent with a gun, so it feels great to get to play this role. I’m able to achieve my childhood dream through ‘Athena’ which makes me happy.”

The first episode will air on the 13th of December through SBS.