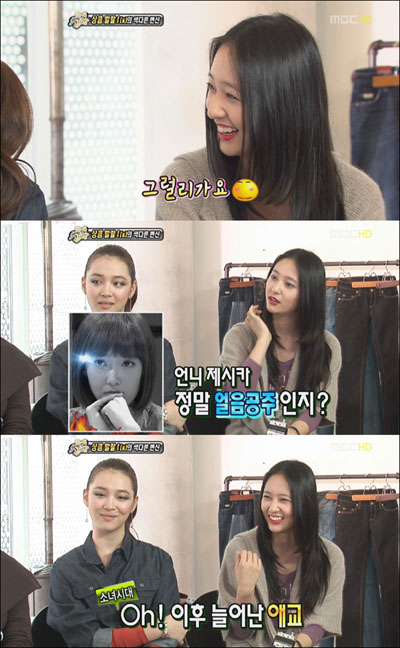 Lately, a lot of people have been admiring the two sisters, SNSD-Jessica and f(x)-Krystal. Recently, Krystal revealed something about her sister’s development while filming for CK Jeans.

August 20, 2010, On MBC ‘Section TV’ (MC by Kim Yong-Man) broadcast the interview with 3 members from f(x) who were filming the CK Jeans CF.

Krystal mentioned, “Jessica’s not an ice princess anymore.” She then added, “In fact, she has a lot of cuteness.” and emphasized again by saying “Especially after promoting ‘Oh!’ ended. She really would like to use a lot of cuteness more than previously.”